A really nice, complementary blog post was published this past week by Mark Rittman over at Rittman Mead Consulting on their experiences leveraging the Blue Medora – Oracle EM12c Plugin for VMWare to manage Oracle workloads running on VMware. Read the full post below.

For development and testing purposes, Rittman Mead run a VMWare VSphere cluster made up of a number of bare-metal servers hosting Linux, Windows and other VMs. Our setup has grown over the years from a bunch of VMs running on Mac Mini servers to where we are now, and was added-to considerably over the past twelve months as we started Hadoop development – a typical Cloudera CDH deployment we work with requires six or more nodes along with the associated LDAP server, Oracle OBIEE + ODI VMs and NAS storage for the data files. Last week we added our Exalytics server as a repurposed 1TB ESXi VM server giving us the topology shown in the diagram below. 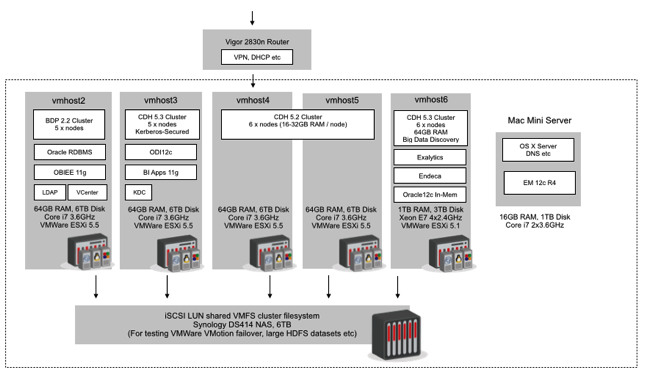 One of the purposes of setting up a development cluster like this was to mirror the types of datacenter environments our customers run, and we use VMWare VSphere and VCenter Server to manage the cluster as a whole, using technologies such as VMWare VMotion to test out alternatives to WebLogic, OBIEE and Oracle Database HA. The screenshot below shows the cluster setup in VMWare VCenter. 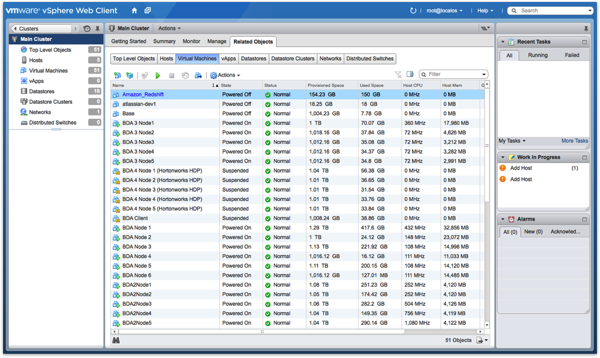 We’re also big advocates of Oracle Enterprise Manager as a way of managing and monitoring a customer’s entire Oracle BI & data warehousing estate, using the BI Management Pack to manage OBIEE installations as whole, building alerts off of OBIEE Usage Tracking data, and creating composite systems and services to monitor a DW, ETL and BI system from end-to-end. We register the VMs on the VMWare cluster as hosts and services in a separate EM12cR4 install and use it to monitor our own development work, and show the various EM Management Packs to customers and prospective clients. 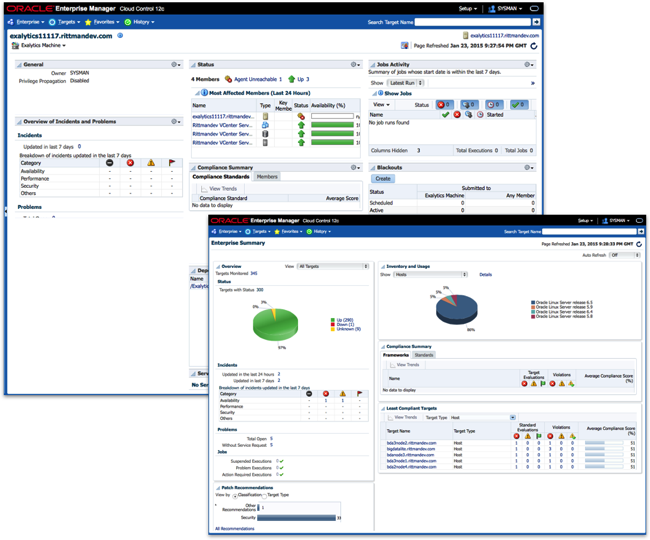 Something we’ve wanted to do for a while though is bring the actual VM management into Enterprise Manager as well, and to do this we’ve also now setup the Blue Mendora VMWare Plugin for Enterprise Manager, which connects to your VMWare VCenter, ESXi, Virtual Machines and other infrastructure components and brings them into EM as monitorable and manageable components. The plugin connects to VCenter and the various ESXi hosts and gives you the ability to list out the VMs, Hosts, Clusters and so on, monitor them for resource usage and set up EM alerts as you’d do with other EM targets, and perform VCenter actions such as stopping, starting and cloning VMs. 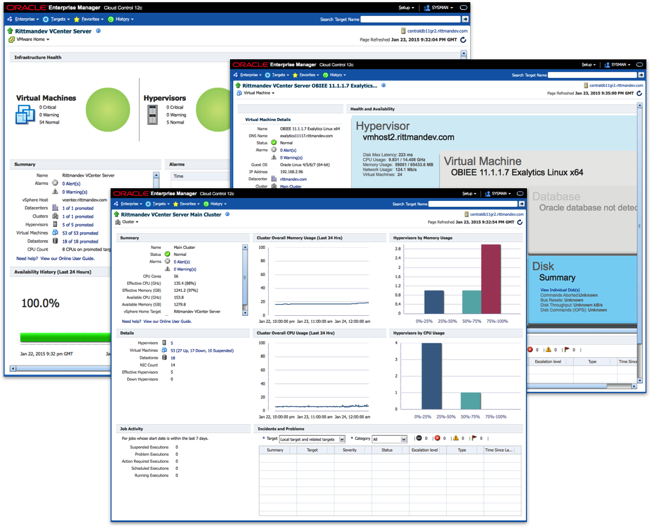 What’s particularly useful with such a virtualised environment though is being able to include the VM hypervisors, VM hosts and other VMWare infrastructure in the composite systems we define; for example, with a CDH Hadoop cluster that authenticates via LDAP and Kerberos, is used by OBIEE and ODI and is hosted on two VMWare ESXi hosts part of a VSphere cluster, we can get an overall picture of the system health that doesn’t stop at the host level. 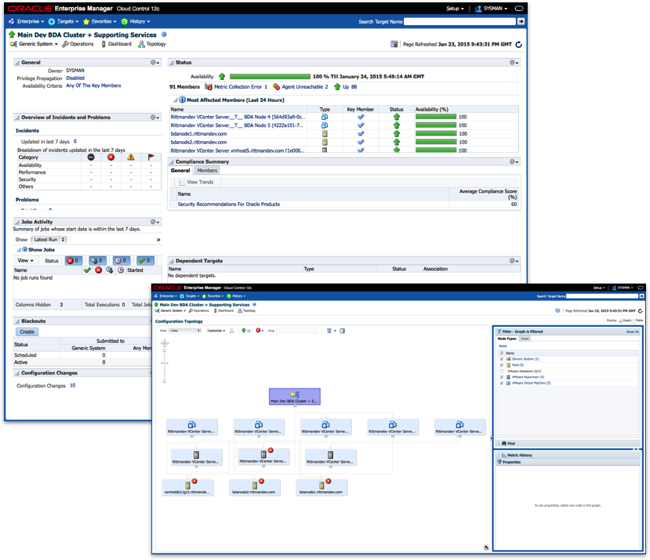 If your organization is using VMWare to host your Oracle development, test or production environments and you’re interested in how Enterprise Manager can help you monitor and manage the whole estate, including the use of Blue Mendora’s VMWare EM Plugin, drop me a line and I’d be happy to take you through what’s involved.

Find out more
Thank you for contacting us. Your information was received. We'll be in touch shortly.